Movement 10
Posted by 賈尼 No comments: 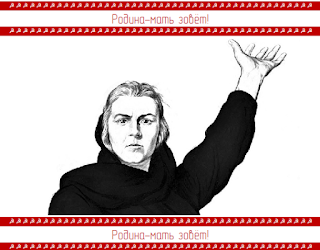 The PDF of the core book of Modiphius’ John Carter of Mars role-playing game is currently free on their web-site if you use the code BARSOOM upon checking out; the other PDFs are at −20% if you use the code VIRGINIA.
I have just downloaded the free John Carter of Mars PDF and it is thus unavoidable that today’s player character should hail from Barsoom (I seldom blog about planetary romance, but I am a big fan of the genre)!

Sculptos Sahl hails from one of the minor Red Martian city-states. He has heard about John Carter’s exploits, and he’d love to revisit the feats that the Earthborn has accomplished. Alas, his duties in the air force of his home city-state prevent him from adventuring in the footsteps of the Virginian explorer. But who knows? That might change one day!

I like Old School gaming, everybody knows that. However, and contrary to popular belief, Old School doesn’t mean “D&D-like”; Old School actually means “Rulings, not rules!”. We Old Schoolers fondly remember a time when a role-playing game was OK even if it didn’t have rules for breathing in thick smoke or flying a different plane than the one you had been trained for. Or maybe said rules were printed in a module where you had to survive in thick smoke or fly an unusual aeroplane.

So I like Old School but have been mostly playing and refereeing D100-based role-playing games for 25 years or so. I still like, however, the odd D&D-ish adventure and my favourite system, in this case, is Lamentations of the Flame Princess, a D&D retro-clone that is technologically rooted in 17th century Europe rather than in a vanilla high fantasy pseudo-mediaeval world. Also where LotFP really shines is in its adventures, which are amongst the very best that have been published for the last 10 years. And it has consistently had the best art of any non-Gloranthan role-playing game.

I have chosen to roll a Magic-User because of the way LotFP presents this character class: “Most of the world lies sheltered from the existence of magic, encountering it only as it victimises them. They huddle in their churches for comfort and trade their freedom and dignity to a ruler as they beg for protection, all for the fear of the supernatural which they do not, and cannot, understand. Magic-Users choose a different path. Instead of cowering away from the darkness, they revel in it. They see the forces of magic as a new frontier to explore, a new tool for the attainment of power and knowledge. If it blackens the soul to equal that of any devil, it is but a small price to pay.”

Paolo Greco is an OSR writer who has published quite a few weird OSR gems. One of them is the Adventure Fantasy Game, the other is the Chthonic Codex, an OSR supplement chock full of cool ideas, additional rules, tables, twists and tweaks.

One of the Chthonic Codex tables helps generating weird starting equipment for magic-users. Here’s mine:

INVENTORY
•    A pint of children tears
•    Slug nails
•    A curious speaking tube that translates any language into whistles
•    Hydrometer for testing specific gravity of fluids, esp. Beer
•    Opera glasses that purportedly show all on stage buck-naked
•    A magnificent glass-topped wooden display case segregated into 256 compartments that contain the full spectrum of colours found in accumulations of navel lint
Posted by 賈尼 No comments:

The Basic Role-Playing System System Reference Document (SRD) by the Chaosium is now also available in French, thanks to Jean-Christophe Cubertafon who did the translation.

To celebrate this, I am going to create a player character in the world of Nausicaä of the Valley of the Wind (Miyazaki Hayao’s dark yet sublime post-apocalyptic manga), using the guidelines that my friend GelWeo had published on her web-site many years ago.

I am lucky enough to have regular gaming groups and to be regularly able to play, both face-to-face [well, that was before the lockdown] and on-line. I also regularly attend conventions where I also play a lot.
Despite all this table-top role-playing activity, I don’t play many different games. My gaming life revolves around D100-based games, with the odd Old School or novelty RPG thrown into the lot.

As a result, I have a lot of unplayed role-playing games on my shelves— what we RPGers call our ‘shelf of shame’. And amongst these unplayed role-playing games I do have a few favourites. I understand it may sound absurd to have a ‘favourite unplayed’ role-playing game, but I do read all the rulebooks I purchase, and I sort of can figure out whether I’d enjoy a game or not. And my favourite unplayed RPG is probably Wordplay: The Big Five. See, I am usually wary of narrative RPGs… they all look super interesting when played in a one-shot gaming session, but I suspect they break down at some point if played in a campaign, mostly because they tend not to handle scale well… This is why I do like HeroQuest – the Ш mechanics perfectly cover the change in scale, and you can use HeroQuest to GM a bar brawl or a mighty combat between demigods using the exact same rules. Well, there is something similar with Wordplay: The Big Five called the Scale Level and the Scale Effect, which explains why I like this RPG even though it doesn’t exactly correspond to my customary RPG ‘comfort zone’.

I also want to take advantage of today’s post to highlight the role played by Hungarian adventurers at the turn of the last century. In fiction, Hungarians are often portrayed as decadent Transylvanian nobles or similar outré characters but, in reality, many explorers and travelling scholars at the time when Europeans ‘discovered’ the most remote areas in Asia and Africa were Hungarian. Today’s character, for instance, is loosely based on Ferenc Nopcsa von Felső-Szilvás. 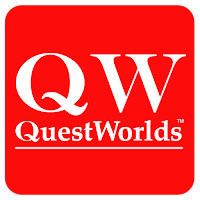 After the Basic Role-Playing System SRD, the Chaosium has made the Questworlds SRD available on their web-site! (Seems the Lockdown is beneficial for table-top role-playing...)

However, whereas the BRP SRD was a mere 23-page booklet that paled in comparison to the 2008 “Big Gold Book”, the Questworlds SRD, at 76 very dense pages, is a hefty, fully-fledged role-playing game.

I already hear you saying “But praytell, what on Earth is Questworlds?”. Well, Questworlds is the genericised version of HeroQuest that the Chaosium has been promising us for years — at least since October 2017. You can now publish your own QW-driven role-playing game, à la Mythic Russia, following the guidelines on Chaosium’s web-site.
Posted by 賈尼 No comments:

Hey, no 'Lockdown Challenge' this week-end, as I've been too busy finalising all the details surrounding the publication of my very first professionally distributed boardgame... Last Faction Hero!

Alas, it's only a print and play version of the game, but I'm still chuffed that the Chaosium has purchased it to sell it under their name, rather than merely letting me use the licence to Greg Stafford's fantasy world.

So, what is it all about? Last Faction Hero is a fast-paced boardgame in which you take the role of one of Greg Stafford's most beloved heroes (Harrek, Gunda, Androgeus...) and explore the Lozenge looking for allies and magic items to help you fulfil your mission. There are half a dozen different missions, and they all involve very different goals– each game should be fairly different to the previous ones.

There is also a team game mode in which the heroes are pitted by pairs against the other pairs of heroes... the last alive are the winners!

Last but not least, the game is profusely illustrated by Dario Corallo, the artist who kept the Gloranthan flame alive via fanzine artwork during the late nineties and the early noughties, when our favourite fantasy world was barely supported by professional publications.

I am currently working on three expansion sets,
1- new monsters/spirits,
2- new factions/heroes,
3- weird events.
However we're still playtesting them for balance, and I don't believe they will be available before the end of the year.

Ah, a last important piece of information... the Chaosium is donating 100% of all proceeds between now and 30 May 2020 to the World Health Organisation's COVID-19 Solidarity Response Fund, so by purchasing the game you are also helping the global response to the pandemic!
Posted by 賈尼 3 comments:

Jason Durall is a prolific writer of RPG material. For me (beyond the fact that he is a good friend), he’s above all the author of the invaluable “Big Gold Book”, the hefty 2008 tome that consistently presented the core Basic Role-Playing System engine and many of its optional rules in one single place. He’s also the line developer of Robert E. Howard’s Conan: Adventures in an Age Undreamed Of [that was a long name], a pulpy S&S game set in a lovingly accurate version of Robert E. Howard’s Hyboria – not a surprise here, as Jason is a long-time fan of the Texan writer’s barbarian hero.