The Hanging Garden, Issue No.1

I have wanted to publish a free gaming zine for a long time. Some zines focus on a given game engine or game world; some others on adventures; others yet on a given company's products. I wanted mine to actually not focus on the content itself but rather on its presentation: text-only and literary in style.

After much hesitation, I have eventually settled for the EPUB format. This format can be viewed on most e-readers, tablets, and also on a computer via dedicated software such as Sumatra and calibre.

The idea behind a format that primarily targets e-readers (as opposed to, say, PDF) is to give gamers something to read on their commute. This is also why the articles are quite long.

Anyway, should I have made the wrong choices I guess no one will download and read The Hanging Garden. In the meanwhile, I aim at publishing an issue every second month. I hope you will enjoy the maiden issue, which features:

[D101 Games] The Book of Glorious Joy on Offer!

The Book of Glorious Joy by the noted scholar of Western Gloranthan lore Jamie ‘Trotsky’ Revell is currently on offer on DriveThruRPG. The PDF, for instance, is at a ridiculous USD 5.00.

The book describes the culture of Western Genertela, the part of the northern continent that is home to the monotheistic Malkioni, with a particular focus on the idealistic Kingdom of Loskalm, whose inhabitants follow an egalitarian brand of Malkionism called New Hrestoli Idealism.

But quick, quick, the book won't be available any longer after the end of this month. Last chance to pick up a 176-page beaut of a book with fantastic art, with heaps of saintly cults for HeroQuest, and with an original Malkioni calendar that I am using for my Umathelan games. The book is non-canon but YGWV so what the heck.
Posted by 賈尼 No comments: 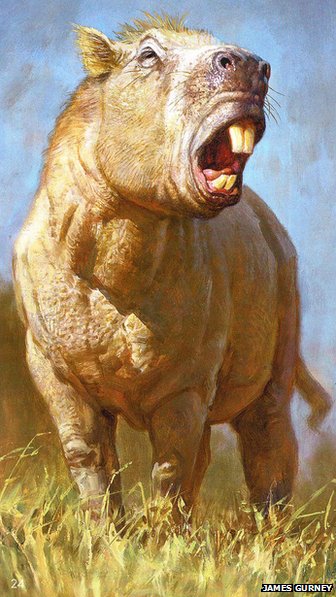 This is an epochal moment! As a backer, I have just received the very first draft of 13th Age in Glorantha (13G) by Rob Heinsoo and Jonathan Tweet. Since RuneQuest Adventures in Glorantha for RQ6 is still in the works, at the moment this is the only other in-print official role-playing game set in Glorantha (the other being obviously HeroQuest).

The draft document, titled Playtest Packet, is 42 pages long. It is text-only, without any illustrations, but with a bit of layout.

From the latest Kickstarter update (trying not to reveal any secrets because we were asked not to):
The file begins with short playtest instructions and continues with six pre-generated 1st level characters, runes, rules, and the introductory adventure.

The playtest instructions are really just a few paragraphs.

The pre-generated characters take up fifteen (15!) pages. This is quite comprehensive, because each character description actually also contains the rules pertaining to the relevant character class.

The first three pre-generated characters are:
1) a Storm Bull
2) a Humakti
3) a follower of Orlanth Rex
These three characters are all variations on the original 13th Age fighter or barbarian character classes. Let us say that they're quite 'expected'.

The following pre-gens are:
4) a follower of Orlanth Adventurous; this is possibly the most versatile of all the playtest characters
5) a Storm Speaker (this would correspond to a Wind Voice in RQ2 parlance)
6) a Trickster. This is really a class onto its own, with lots of fun and cool and disrupting effects. It was by far the funniest character profile to read.

Runes are supposed to replace the 13th Age Icons, although I think a relationship with a Non-Player Character like the Emperor or the Diabolist is quite different to a relationship with an abstract concept like Stasis or Luck. I wish I had time to playtest the adventure and see how the interaction between the runes and the world works out (if we're lucky maybe Rob Heinsoo et al. will succeed where Mongoose had miserably failed).

Edit: here is a link to stuff that it is apparently OK to reveal.
Posted by 賈尼 No comments:

The Design Mechanism posted the following on social media:

The RuneQuest Gesellschaft eV, the group behind the excellent Gloranthan Tradetalk fanzine from the 1990s and 2000s, have licensed the rights to produce the print edition of the German language version of RuneQuest 6.

Like the Spanish edition, this will be a crowdfunded campaign. No news yet on the platform that will host it, but watch this space for more details.
Posted by 賈尼 No comments: