The Hanging Garden, Issue No.5

Howdy dear readers. The fifth issue of my free e-zine, The Hanging Garden, is available for your perusal and enjoyment from the usual page.

Issue No.5 is a special "Old West"-themed issue. It contains several interviews, articles, and three full-length scenarios (two for Basic Roleplaying, and one for GURPS).

Feedback and comments are welcome, as usual. Cheers!
Posted by 賈尼 No comments: 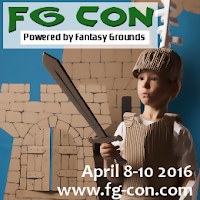 An official adaptation of the Fantasy Grounds engine to Revolution D100 has been available for some time now for a select group of happy playtesters. Yours truly can testify that it is really a top-notch adaptation that almost gives you the same experience as playing in the same room as your friends.

Paolo Guccione, the author of Revolution D100, will be demoing it on Saturday 9 April from 9pm to 1am CET. You may register here.

Paolo may run further on-line demos, depending on how many people subscribe. Paolo is an 'Ultimate GM', meaning players needn't have a Fantasy Ground licence. You can play in his games for free – just download the software and play. You will also receive a link to the latest version of the Revolution D100 SRD, and a library module with the most important tables and charts.
Posted by 賈尼 1 comment: 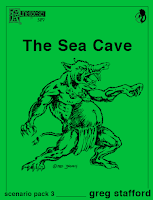 All in all, it is a very decent adventure, possibly playable in a single session (depending on how long the PCs stay in the fishing village to investigate/hire a boat before heading to the cave).
Posted by 賈尼 7 comments: