The panels are one of the highlights of every Eternal Con. During these seminars, we get a glimpse of what our favourite rpg publishers have in the pipe.

On Saturday night, I attended the Moon Design seminar. Here is a summary of what Jeff et al revealed to us mere mortals.

The next big phat sourcebook will be the Guide to Glorantha. At the moment it's 500+ pages of text only. It has been proofread thrice, including by someone who is not into gaming. The book is actually so big that it will be simultaneously published as two books, divided as (a) overview of Gloranthan cultures and religions, and (b) a gazetteer. The books cover everything until 1630-ish Third Age Glorantha. All regions are covered, including Pamaltela and the islands. Jeff guarantees very detailed coverage, especially of the Lunar Empire, down to the smallest village. The only regions with less coverage are the Eastern areas, i.e., east of the Shan Shan mountains [note: not 100% true: I've had access to the draft, and Umathela isn't much more developed than in already-existing sources]. Regional maps are going to be beautiful and to the same level of focus as the ones in the Sartar book, plus there'll be 10 city maps by Gillian Pearce, plus mythical time maps by Éric Vanel. There won't be as much art as in the Pavis book. The Guides to Glorantha are written from a Third Age perspective. Material which refers to events that took place in the Second Age is purposely contradictory: Third Age people, including scholars, do not want to know much about the Second Age because it is thought of as a terrible age. God-Learners for instance are presented as much more evil than in the Chaosium or in the Mongoose books.


Upcoming Moon Design projects (from most to least likely/complete): 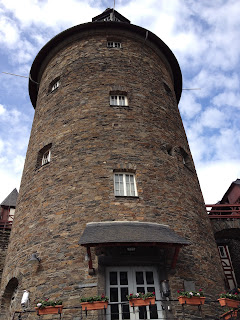 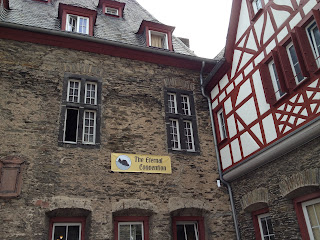 The French editor of the 8th edition of the T&T rules has just published an abridged version of the latter. Although my home rules (Timinits and Trolls) are substantially modified compared with the official, published rules, I have thought that providing this link could be useful, if only to give an idea of the T&T rules to those who may not know them (yet).
Posted by 賈尼 No comments:

Loz knows we're mad at him for being late on RQ6, and so he's trying to appease us through these previews... But no sir, it won't work! We want the real McCoy!
[just joking, Loz... keep honing the game to perfection...]

I especially like the Magic preview; it gives me the impression that Magic in RQ6 will be heavy in tone and cultural immersion rather than in game mechanics (the older I get, the more bare game mechanics bore me).
Posted by 賈尼 No comments:

An Interview with the Trollgod

Grognardia features a lengthy interview with the Trollgod himself. Always an interesting reading.

Of particular interest is the fact that Ken has always been first and foremost a fan of the swords & sorcery genre — no wonder then that my system of choice for swords & sorcery role-playing has always been T&T: HeroQuest is great for Campbellian explorations in mythology; RuneQuest for gritty adventuring, the Basic Role-Playing System for historical immersion, but when it comes to one vs many the pleasure of having lots of 6s showing up on the gaming table is hard to match :)

The interview is also interesting for yet more insight about the early days of our hobby and its giants: Greg Stafford, Steve Perrin, and Rudy Kraft.
Posted by 賈尼 No comments: