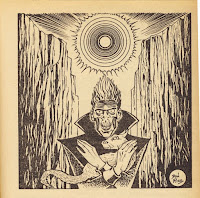 This is supposed to be the end of the Chern Durel campaign. We begged Gianni for more but he now wants to play the other side: Kralori officials bent on stopping / hindering the Great Wave, using the Kralori rules and background written by David Millians. And why not?
Posted by 賈尼 2 comments: