A Malki Monastery in the Wilderness

The Monastery of Lofty Exploration was founded in the early days of Malki Umathela by the Order of Otherworld Exploration. At its peak, it housed hundreds of Malki monks tasked with exploring the Otherside, especially with regards to Olodo and Umathing myth pillaging.

After the big purge of Malkioneran orders in the past century, the monastery fell in disuse. Paradoxically enough, it has been revived after the breakup of the Umathelan Coalition, more as a place for retiring God Learners than anything else. Although it only numbers tens rather than hundreds of monks nowadays, the monastery is quite rich because of the donations it receives from wealthy Malki families. Rather than exploring the Otherside, the monks today are involved in the very mundane task of brokering Byzantine alliances between the powerful Malki families who are constantly struggling to gain the upper hand in the feudal anarchy of western Umathela.

The monastery is perched high atop the cliffs of the Tarmo Mountains and is only accessible through a rudimentary lift. This enables the monks to control who is present within the monastery at all times, and explains why the monastery is so sought after a place for organising secret meetings, in spite of its location deep in hostile wilderness.

A Malki Fort in the Wilderness

Despite the demise of the Middle Sea Empire, the Malki cities of the Umathelan Coalition try to retain their grip on the land. Whilst this is quite true in eastern Umathela (Cerngoth is firmly under Malki rule), western Umathela is mostly in a state of feudal anarchy where each Malki city controls but a tiny stretch of arable land in its vicinity. Varanswal, as both the largest and the most landlocked Malki city in western Umathela, still retains delusions of grandeur and devotes much income and manpower to try and maintain control over what it perceives as its rightful fief. 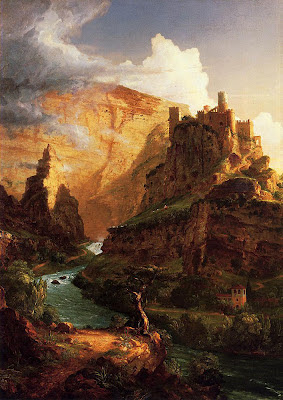 Above: a Varanswal fort located in the upper course of the River Quarni.
(art stolen from A Wizard in a bottle)
Posted by 賈尼 No comments:

Thought I'd share with you a little of where RQ6 is at.

First, several chapters are now in layout. Some artwork is still to come in, but the design and structure of the book is taking shape. Others chapters are still being edited, and the final chapters are in the hands of the playtest crews, but we're nearing the home straight.

What this means, in terms of publication, is clearly not the 'Early 2012' we'd promised. Real Life intervened for both Pete and I which slowed some things down. What we're now looking at is 'Early Summer' - and the vague goal I've set is for RQ6 to be available, in print, for GenCon (which I'll be attending), if not a little before. So we're still shying away from specifying a particular release date, because a whole mountain of things could happen to cause it to slip: but I am hoping that June/July is reasonable. It should be. A great deal of work is being done and we want to make the best book possible, which will mean detailed proofing and final error-trapping before I send finals off to the printers.

We will open pre-ordering before publication. Once the book is fully laid-out we'll know its complete size, and can therefore price it accurately. How pre-ordering will work is dependent on a few background factors, one of which is how well the e-commerce facilities from our Site Provider work. They have new tools that I've yet to test, and it could be that we plug into Moon Design's e-commerce facilities instead. But rest assured you'll be able to order RQ6 from us, in advance, using a variety of payment methods.

So we're chugging along nicely. I know its frustrating waiting for is to say 'Guys, it'll be out on X of N, send us yer money...' but it will be worth the wait. We said from the start that we wanted to deliver the most complete and best edition of RQ that we can, and we're sticking to that goal.

But we do appreciate your patience and are looking forward to rewarding it. We will post some layout previews soon.


Loz is scheduled to attend the Eternal Con at the end of May. I'll try to get you more news!
Posted by 賈尼 No comments:


Ivan Bilibin (Иван Яковлевич Билибин) is yet another Russian artist whose works have fascinated me for a very long time, actually since high schol. Here are a few inspiring pictures:

I have already mentioned that I feel myself greatly inspired by (faux) Slavic mythological paintings for my Umathelan campaign.

Viktor Vasnetsov (Виктор Михайлович Васнецов) was a brilliant Russian painter who specialised in mythological subjects. Here are a few paintings, along with my own Gloranthised comments. 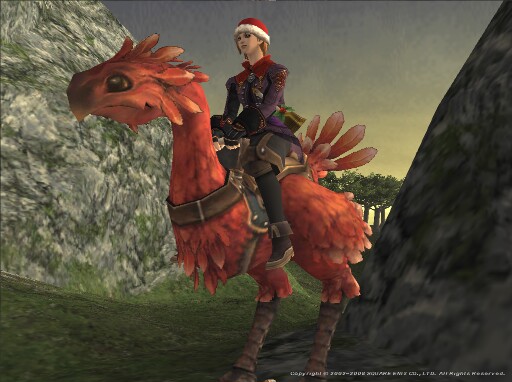 My Glorantha Varies — but then Greg said it was OK.
Posted by 賈尼 1 comment: