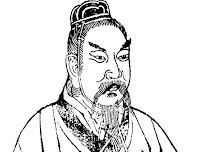 (to be continued)
Posted by 賈尼