The beta version of the Deluxe Tunnels & Trolls rules comes with an u·g·l·y blank character sheet, which by the way is called a “character card” in dT&T; I guess because it's small enough to fit on an index card. It's also not consistently shown throughout the rules.

Anyway, I couldn't resist, and I created my very first dT&T character! Let me introduce you to Evil Ed: 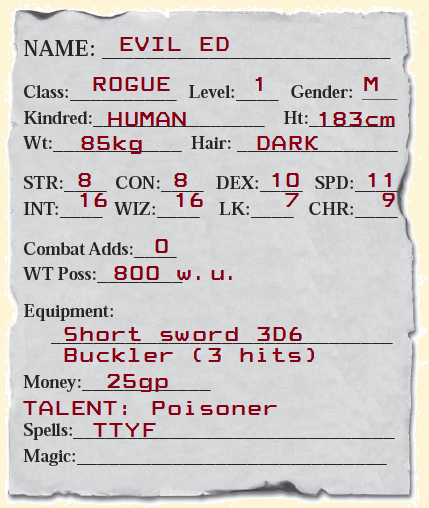 Given the dismal combat stats, I have dropped the Roguery talent and replaced it with the Poisoner talent. Ed is going to prepare some blade poison before entering that first solo dungeon...
Posted by 賈尼