THE KRAKEN 2019 Report – A Different Perspective

After at least ten hours of driving through France, Belgium, and Germany, we reached Schloss Neuhausen. We greeted long-time-no-seen friends and attended the ritual which would officially announce the beginning of our gaming retreat: the Opening Ceremony, with the presentation of the guests of honour (Sandy Petersen, Robin D Laws, Ken Rolston, Lynne Hardy, Jason Durall and Ian Cooper).

Then, after an awaited dinner, I started my very first game of the season: Siebenbürgen, a strategy game designed by my father Gianni Vacca, in which four ethnicities seek to develop their people in Romania, especially Transylvania, through four ages. 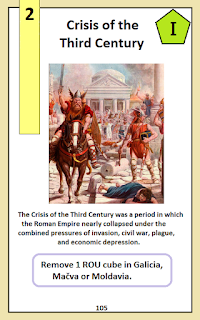 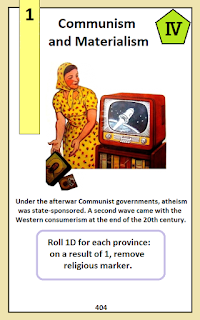 My brave Romanian people resisted the plague, the Mongol invasion, repelled the Hungarians, snuck between the Saxons, and saw their hills stolen by the evil Szeklers. Thanks to their ability to spread their Orthodox faith, they won the game in the end. Aaaaand led me to go to bed at 3 a.m.


Waking up after barely five hours of sleep was a difficult task, but not impossible. I managed to get out of bed and have a good breakfast. I needed to have some energy for the masterclasses to come: during these workshops, I took some precious notes for various purposes: my improv lessons, my theatre homeworks, and eventually my future scenarios, which I hope to GM.

Then came the famous Horror Lottery: this year I was not lucky— I was extremely lucky. I admit, I really enjoyed seeing all these jealous faces which talked to me with either amazement or kill rage: I was picked to be a player in Robin D Laws’ King in Yellow scenario and in this year’s Sandy Petersen horror scenario as well.

During the afternoon, no role-playing game yet, but I playtested a co-operative game called Perdition’s Mouth ran by its designer Timo Multamäki. A bunch of heterogeneous but skilful heroes seek to visit a dungeon deeper and deeper in order to destroy in its heart a Demon King. My epic dwarf had some fun by sending monsters and cultists to hell. So metal. I recommend it.

Then, the evening came, and serious business with it: it was time for Robin D Laws’ King in Yellow scenario: A Taste of Absinthe. 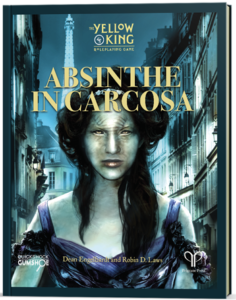 I absolutely do not want to spoil any detail of the scenario, but I certainly will remember this story – or was it real? I was a student in arts, my speciality was poetry. I entered a frightening, traumatising and horrific time loop which lead me to live again and again disturbing visions, of an apocalyptic and violent world that tried to pull me in more than once. Future, past, present, everything was the same, and all our actions were highly reflected… nobody wanted to literally beat him or herself to death, lose its face or be dragged and torn apart by enraged Parisians… you might think I am mad, but the illusions always have an inspiration that is rooted in reality. Simply drinking some alcohol with my friends and colleagues became a quest to save the world without succumbing to the temptation of reading that fascinating play: The King in Yellow. One thing is for sure: I will never write a poem that contains any of these letters again, ever: k, i, n, g, y, e, l, o, w.


True story: I actually was so anxious after my King in Yellow game that I drank a midnight beer to appease my spirits. A lime flavoured Beck’s. Don’t drink it. It’s absolutely disgusting. However, it helped me to go to bed with no fear, and I woke up full of energy. And what is the most obvious thing to do in the morning during a gaming convention? Playing Brains!, a game ran by Philip Glass in the Keller of the Schloss.

Now you maybe think that playing this game made me play a weak and panic-stricken human survivor during a Zombie Apocalypse. Absolutely not. It made me play a Zombie longing for some brains to devour. By playing a young lady that seemed to be twelve years old, any stupid human that had some empathy with my theatrical skills with me “playing dead” (even though I actually was dead) finished in my rotten stomach. What a way to fulfil one’s homicidal behaviour: we sure had loads of fun.

Unfortunately, I did not manage to attend the Dramatic Interaction Masterclass, the third workshop which interested me during the con. Luckily, it was then posted on YouTube and I was able to take my final precious notes:


After lunch, I played my second role-playing game won at the Horror Lottery: It has to start small by Sandy Petersen. How to describe this one? I was an elementary schoolteacher who just wanted to have fun with a man that she hoped would be her next boyfriend. But somehow, one my students knocked at my door saying his dad locked him in his room, after trying to force him to bring him to the forest by night. The poor fellow ran and escaped. This was alarming. Then, one other of my students – who really liked me – barged in saying his dad couldn’t bear the sunlight any longer. And going on and on, everybody came to my house (including my soon-to-become-my-boyfriend luckily). Eventually, that is how the story of how we saved the world by sacrificing ourselves began. We all died, but as heroes. And that eleven-year-old kid was sweet after all.

Finally, after dinner came my very last role-playing game for this year’s con: A Trip to the Lake, ran by Nikolas Tsamourtzis. I was exhausted, I was in a cellar: what could possibly have gone wrong? We all played stereotypical-slasher-teenage-characters and roleplayed it as a horror comedy movie. I for instance played a wallflower girl who actually was an expert in martial arts. The narrative system was very funny, as we often succeeded in what we decided to undertake but had to add something bad to the scene. And this is how my super badass action of throwing a rope with a knife around a three metre tall monster deer became ridiculous, when someone decided that the monster had to pull the rope to drag me to it. Well, we all managed to survive anyway. Once again, I highly recommend this narrative system! 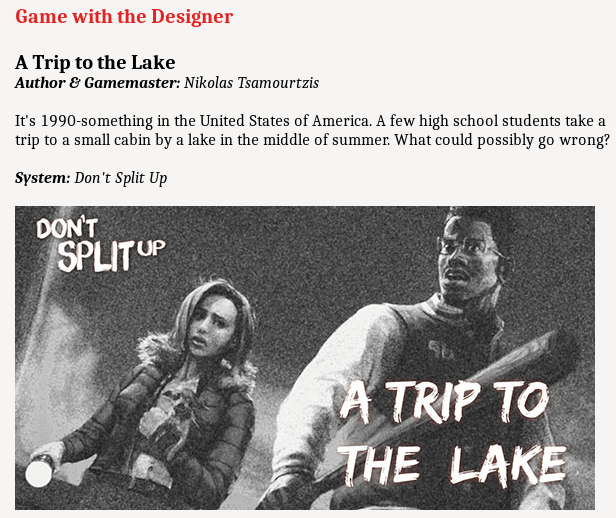