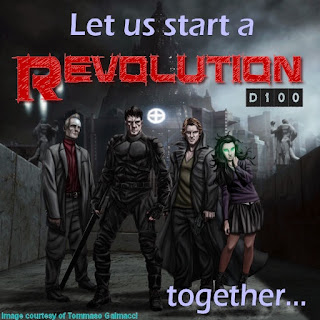 Fear not, brave souls, for Alephtar Games has started a crowdfunding campaign on Ulule to fund exactly such a role-playing game! Revolution D100 will feature a solid and modular implementation of the D100 system with quite a few new niceties (like Traits). I encourage you to have a look at the web-site of the crowdfunding campaign and, of course, to back it!
Posted by 賈尼